On January 20th, a cold and blustery Wednesday evening, I find myself sitting in the darkened Temple at Tellus360. Sitting on my comfy couch I watch the other patrons file in, paying the $5 cover charge, drinks in hand, eager to enjoy an evening of music by local musicians: Saint Narcissus with Jack Roberts opening. 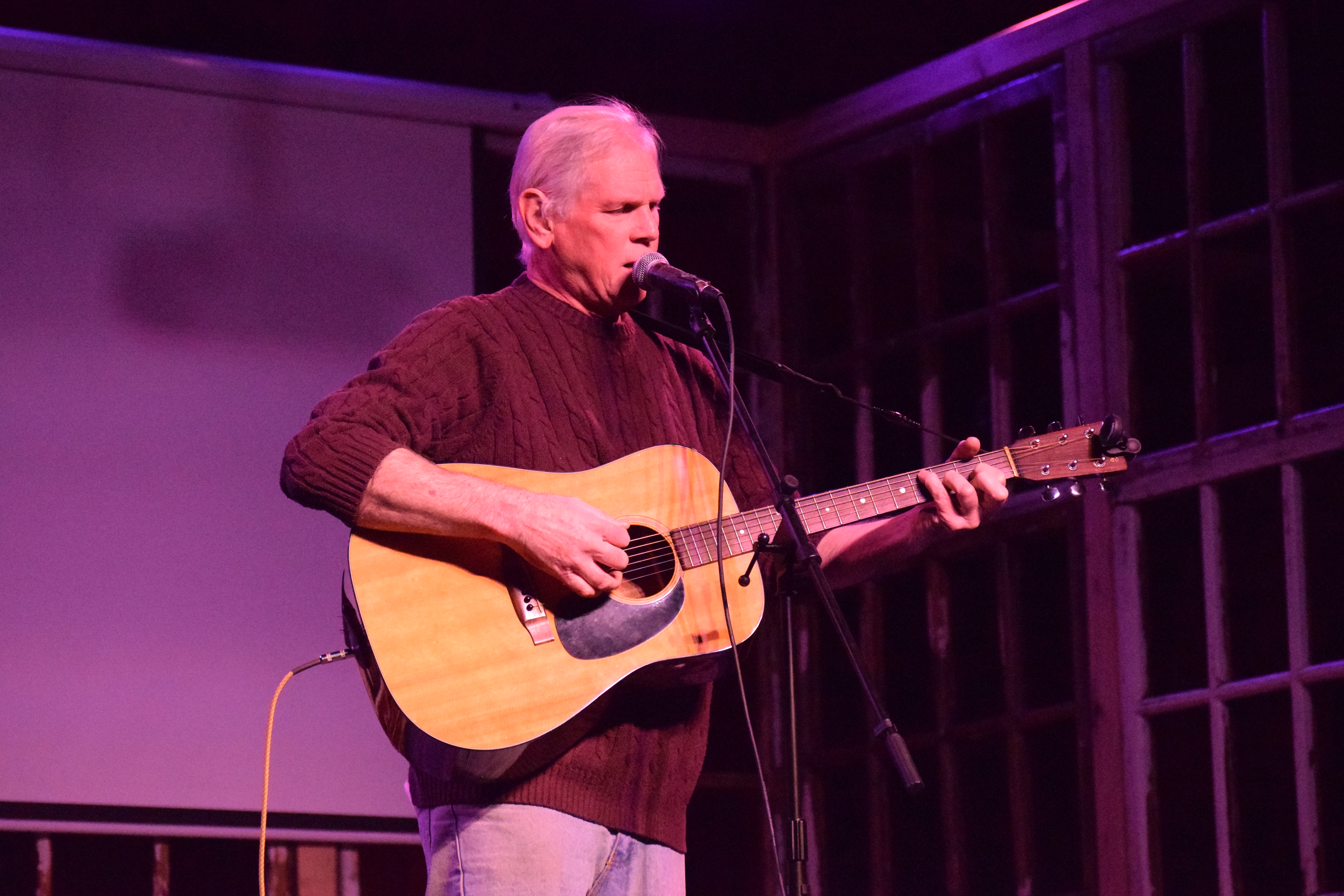 Jack is an older man, who saunters up on to the stage with only a guitar. I don’t know what to expect but he plays multiple toe tapping songs. It is obvious he is a storyteller who uses his art to share wisdom. Jack has even created his own religion: He believes that we add to the expansion of the universe every time we create. How fitting, that a room full of art appreciators hear this sermon. Some highlights of the set are “A Simple Man with a Simple Plan” and “I’m going tenting with Jesus”.

After a warm opening Saint Narcissus (or Keith Wilson to his friends and family) comes on stage with two guitars and a banjo. He is middle aged, and he has his wife and children with him, which is heart warming. It is also clear that he has had an interesting life; he shares some of his early songs that he wrote in college,speaks of being on tour in Europe with a band, almost completely swearing off music, and how he writes songs for his wife for Christmas. The varying types of instrumentation allow to show a lifetime’s variety of music, which keeps the audience guessing. Wholistically, he used darker tones, comparatively to the upbeat opener, and has very honest lyrics. I enjoyed listening to a wise man’s musings of life. 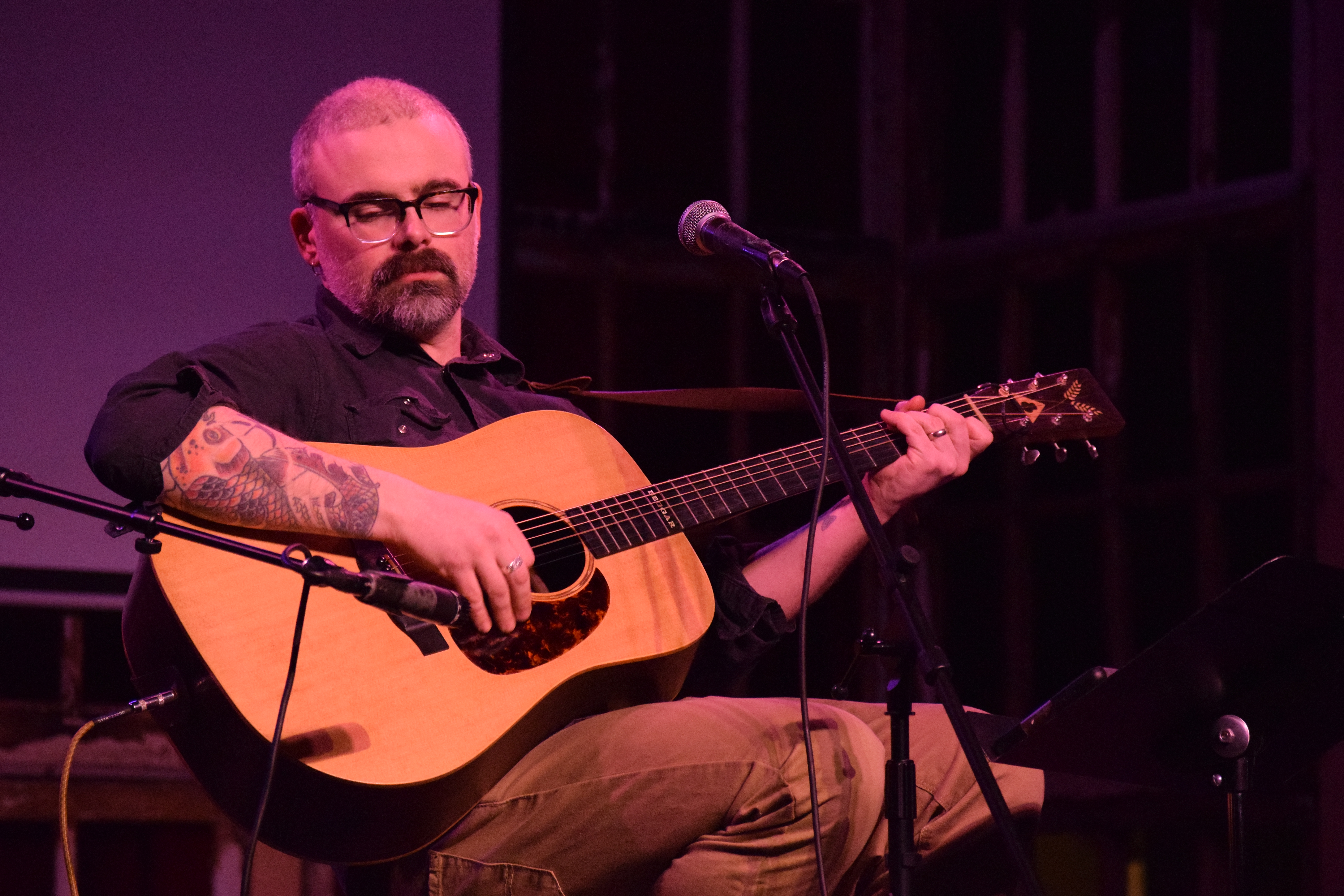 The best part about this evening is that it is a part of a series of Singer Songwriter nights hosted by Music for Everyone and Tellus 360. Every third Wednesday from now until September there will be artists performing at the Temple at Tellus360 at 7:30. The 4 performers who bring in the largest crowd get to participate in a sing off in October which will benefit MFE. The next Singer Songwriter night  will be  on February 17 and will feature Peter Kinsley. I’m looking forward to another night of good music and good friends.